God speaks to me in analogies and so when I asked Him the analogy for marriage, He told me Water. I got excited and did some research on water.
According to Wikipedia, water plays an important role in the world economy. It is vital for all known forms of life. Water covers 71% of the Earth’s surface, mostly in seas and oceans. [1]
Approximately 70% of the freshwater used by humans goes to agriculture.  Fishing in salt and fresh water bodies is a major source of food for many parts of the world. Much of long-distance trade of commodities (such as oil and natural gas) and manufactured products is transported by boats through seas, rivers, lakes, and canals. Large quantities of water, ice, and steam are used for coolingand heating, in industry and homes. Water is an excellent solvent for a wide variety of chemical substances; as such it is widely used in industrial processes, and in cooking and washing. Water is also central to many sports and other forms of entertainment, such as swimming, pleasure boating, boat racing, surfing, sport fishing, and diving.[2]
These are interesting uses of water but what was most intriguing to me is the chemical

Many of us who studied biology in school would have been taught that the chemical formula for water us H2O. Essentially this means that each molecule contains one oxygen and two hydrogen atoms. I wanted to see what this looked like visually and what I saw blew my mind 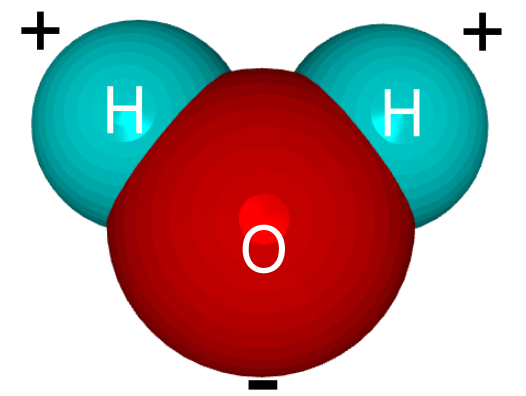 I was blown away to see that the two hydrogen atoms are held together by the oxygen atom. The hydrogen atoms cannot come together on their own. They can only come together when connected by Oxygen. Why this was profound to me is because I believe Oxygen represents the Holy Spirit while the two hydrogen atoms represent humans i.e. man and woman. As long as the oxygen holds the two molecules of hydrogen together it will form water. In the same way, the only thing that can keep a marriage together is God in fact it is not called a marriage if it is not joined and held together by God. Several molecules of water coming together will form a body of water. A body of water is more effective or more impactful.  The same way the impact on the earth of many marriages is more than the impact of one marriage..

Interestingly, the first institution the enemy attacked was marriage as seen in Genesis 3. As soon as the first marriage was created in genesis Chapter 2, the first visitor was the enemy in Genesis Chapter 3. This same way marriages will always be attacked by the enemy. Like water, marriage is so important for life on earth. Everything starts from marriage. A marriage becomes family and society is only as strong as the family unit. Therefore, the enemy will do all he can to attack marriages. Many couples have faced different challenges even in God ordained marriages. Challenges include financial problems, temptations, infertility, sickness etc. Often times,, these challenges can strain the marriage and even leads to separation or divorce. If only couples realize that there is an adversary i.e. the enemy who will do all he can to destroy marriages. If only they can see from God’s perspective that they their spouse is not the enemy.  If they can only realize that they are on the same team and together they can fight the enemy then many marriages won’t end up in divorce.

One day my husband highlighted something profound to me. He said the first miracle Jesus performed was at a wedding ceremony.  Therefore, Jesus has come to redeem the first institution that the enemy attacked. He has redeemed marriages. Interestingly the miracle that Jesus performed was to turn water into wine. Water is scarce in Israel  now they have one of the world’s most effective irrigation systems however, in the old days, they used to depend on grape juices. The problem is that skin of grapes is tender and would get rotten fast and so they would ferment the grapes to turn the grapes into wine which would last longer. Essentially Jesus came to redeem marriages by making it last long not just on earth but eternity. The one true marriage that exists in eternity is marriage between Jesus and His church which is what the earthly marriage on earth signifies.

Lastly when heat touches water on the earth, it forms vapour in the sky which becomes clouds then water droplets as rain drop. When light from the sun passes through these droplets a rainbow is formed in the sky. Jesus represents light and so whatever pressures you face in life in your marriage, whatever challenges you face, when you allow Jesus to come in, He will give you beauty for ashes and make a beautiful rainbow. This is my husband and I’s testimony. We faced challenges in our marriage including  infidelity on my part etc but God has given us beauty for ashes and made a beautiful rainbow from our story in the form of our book The Richer Woman.

Today when I was reflecting on this analogy, the Lord reminded me of a dream my husband had when He was younger. At about 9 year sold or so, He had a dream where He saw Jesus and He gave Jesus a glass of water. I felt God say to me that essentially He was giving Jesus His marriage to use for His glory on earth and this is what Jesus is doing through us.

One thought on “Water and its connection to marriage”